Home > Alcohol and the Eyesight

When we think of damage caused by alcohol, we often think of damage done to the liver or mental health. Of course, they are the most dangerous risk associated with the alcohol abuse. But the story is not ending there, alcohol is a dangerous substance that cause harm to every single organ in your body. One part of the body that people don’t often think of or care when they think of the dangers of alcohol addiction is sadly, the Eyes!

Even the light consumption of alcohol can impair the eyes and affect its vision. Alcohol is a diuretic, which means it removes water from the body thus making you urinate frequently. In simple words, alcohol can cause a dehydrating effect on your body, leaving the eyes dry and irritated. In fact, dry eyes are a common complaint among drinkers, and chronic alcohol abuse can lead to the development of Dry Eye Syndrome.

Often, people battling an addiction to alcohol suffer from what’s known as “Alcoholic eyes”: a set of temporary and permanent physical effects that toxic alcohol consumption can have on your vision. When you think of a person who abuses alcohol, you might imagine their eyes to be bloodshot or even have a yellow tint. The relaxing effect of alcohol has on your body makes the blood vessel in the eye to swell and creating bloodshot or red eyes.

At first let’s take a look at the other short-term effect of alcohol in your eyes.

When you drink alcohol, it slows down the rate at which neurotransmitters are firing in your brain. Neurotransmitters are the chemical messengers that pass information between brain and other parts of the body. The delay in this communication makes eye muscle coordination sluggish. These cases jerking motion by the eyes or as the name says, Involuntary eye movement.

Anyone who had alcohol previously could tell that alcohol can cause blurred vision. This can be due to few reasons, like we already discussed about the communication with the brain. One other reason is blood pressure, alcohol raises the blood pressure levels thus creating temporarily blurred vision.

Under alcohol pupils take longer to dilate the eye, they won’t be able to constrict appropriately in response to changes in light conditions leading to loss of contrast: a condition that eyes are no longer identifies the different colours or shades of colour. This can be life threatening if you’re driving especially on night.

Fortunately, most short-term signs of alcoholic eyes and eye pain after drinking should improve as the body rebounds from alcohol exposure.

On the other hand, alcoholic eye damage resulting from chronic alcohol abuse may be long-lasting or permanent.

One of the main reasons for damage to the eyes from alcohol abuse is vitamin deficiency. This can be overcome by including vitamin rich foods in your diet or taking supplements like Brain and Body Essential which contains all 8 B vitamins.

Additionally, alcoholism also disrupts neurological connections to the eye and disturbs optical nerve health. Now let’s move on to some examples of such long term/permanent effect of alcohol consumption,

Generally, eye floaters occur at the old age. But excessive alcohol consumption can cause the development of eye floaters in a young age. Eye floaters are spots in your vision like black or grey specks or cobwebs formed due to the damage of optical nerve caused by chronic alcohol abuse.

A cataract is a cloudy area on the lens. Depending on its location it can interfere/cause difficulty with the vision. Mostly associated to people with age 55 or above, but it can happen in any age. They usually occur at both the eyes. Cataracts can be responsible for blurred vision, difficulty in seeing night, Lack of intensity when seeing a colour and increased sensitivity to light. The level of cataracts can be different on both eyes, one might be worse other might not. Ironically, moderate alcohol consumption may prevent this condition.

For the past three years alone, there are 34,423 cataracts surgeries has carried out in Ireland reaching the all-time record number.

AMD is an eye disease that can be worsen over time. It affects person’s eyesight and can cause complete blindness in rare cases. For some people who develop AMD, their disease (and vision loss) develops very slowly. In other cases, the loss of vision in one or both eyes occur quite quickly. It may appear as blank spots or areas that aren’t as bright as they were previously. Chronic alcohol abuse is thought to be a contributing factor to developing this condition.

A painless but permanent vision loss caused by vitamin deficiencies. Chronic alcoholic consumption can decrease vitamin B deficiency in your body which in turn develop toxic amblyopia. Only if detected early, patients can regain their eyesight on over several weeks or sometimes a month for full recovery. 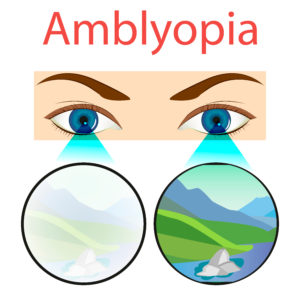 How to help alcoholic eyes?

Of course, the best thing you can do if you are struggling with eye related problems that caused by drinking, is to cut back drinking or stop drinking altogether.  Light to moderate alcohol consumption should not have a lasting impact on your vision. However, in the short-term, even one drink can have negative effects on the eyes.

Everyone has a different tolerance for alcohol; you may be different from someone else who drinks the same amount.

Having a drink every now and then isn’t likely to harm your eyes seriously, but drinking a substantial amount on a regular basis can lead to long-term consequences to your eyesight.

If you’re afraid that you’re addicted and are experiencing eyesight problems or any other physical signs of alcoholism, then it’s essential that you get the help you need and deserve to beat this disorder. Alcohol addiction is a disease, and with the right treatment, you can recover from it. Quitting this habit can be incredibly difficult and sometimes dangerous when attempted alone so seek help from the qualified organisations.

If you’re struggling with this addiction and need support, call on 1800 459 459 (free phone) or sent a email to helpline@hse.ie

Other Alcohol support groups in Ireland, 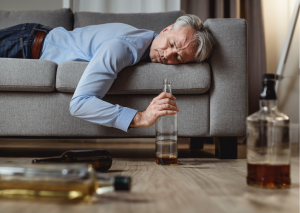 Energy - Immunity supplement. Working or studying hard can take a lot out of you. Luckily, "Brain & Body Essentials" from Health Essentials can help put it back. This is an easy-to-take food  that can help with low energy and problems with focus, battling stress and restoring energy levels. Brain & Body Essentials is an energy supplement that rich with natural nutrients proven to help with the mind’s focus and attention and the body’s fatigue. Specifically designed for students and others in mentally-demanding careers, Brain & Body Essentials will help you to combat stress and restore your energy levels so that you can get on with your day, every day. It contains 38 active ingredients proven to support the brain, immune system, gut and metabolism. It can also help to reduce tiredness and fatigue and maintain normal cognitive function. This is a powder formulation with a 100% absorbability rate. That is  nearly 3 times that of tablets or capsules with a refreshing orange flavor. Moreover Brain & Body Essential is abundant with all 8 B vitamins. A highly recommended Irish supplement for students, elderly and people in demanding careers. **When work gets you down, Brain & Body Essential will get you up again** Facebook link  Buy with SHE Shaker 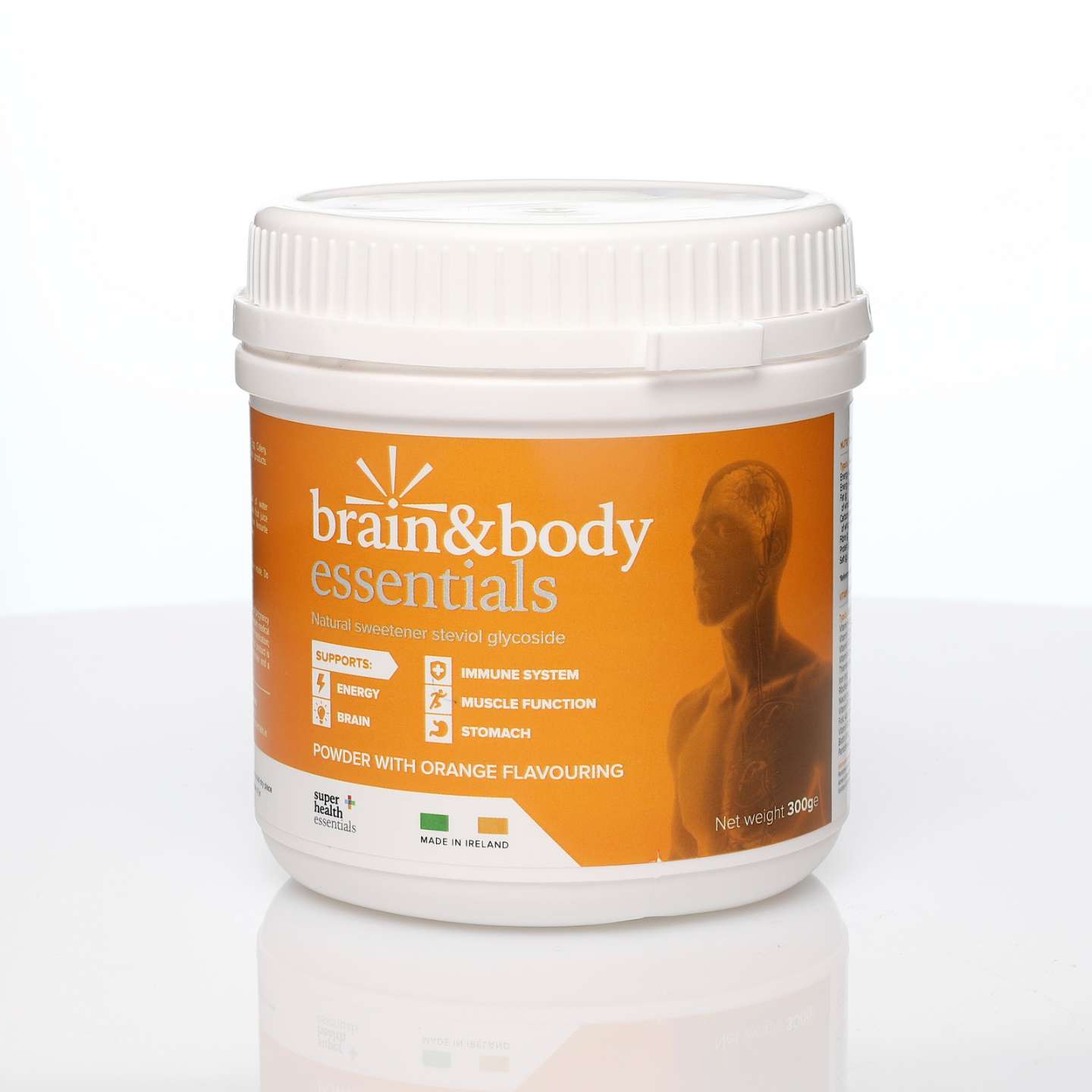 Previous
Osteoporosis and Dexa Scan
Next 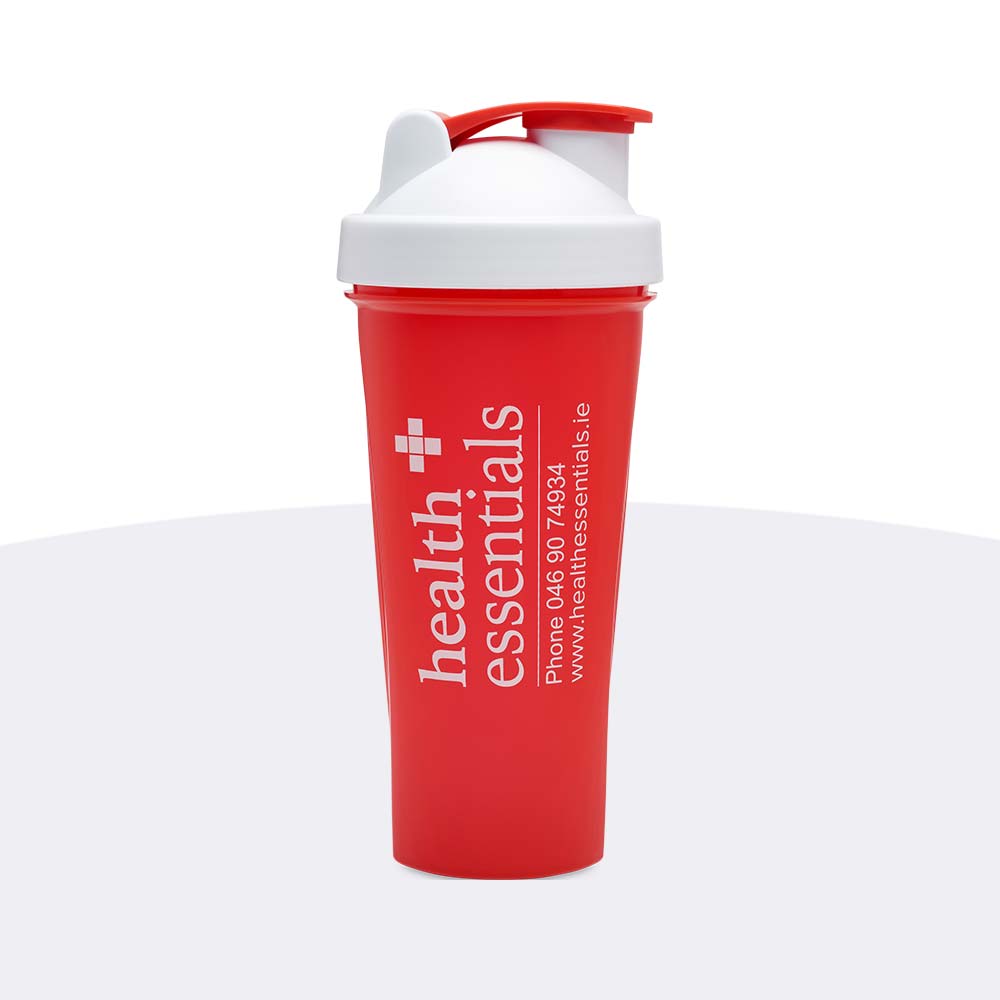 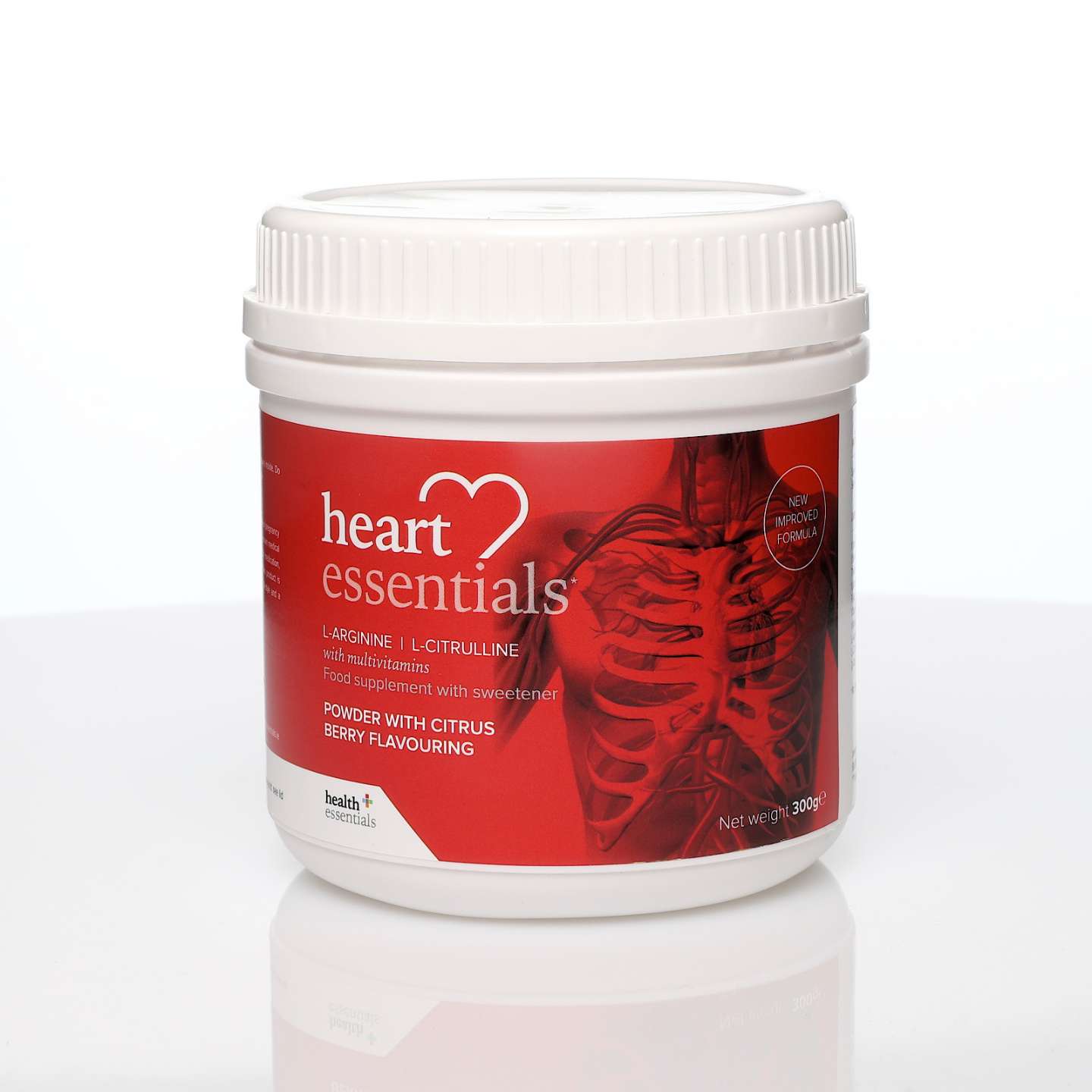